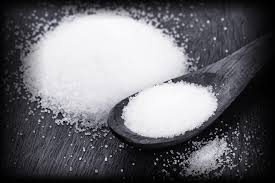 A large body of evidence from animal studies and observational and clinical trials in humans suggests that eating processed foods with added sweeteners is contributing to the growing incidence of type 2 diabetes, a new review, published onlineJanuary 29 in the Mayo Clinic Proceedings, concludes.

Thus, “by limiting sugar to 5% to 10% of total caloric intake, the harmful effects of sugar, particularly fructose, on insulin resistance could be minimized,” he and his colleagues conclude. This in turn “may protect against diabetes and its complications, including early mortality from cardiovascular causes.”

Other experts agree that Americans should cut back on their consumption of added sugar in processed foods to improve health.

Last year, in another literature review published in Open Heart, Dr DiNicolantonio concluded that consuming added sugar in the diet contributes to hypertension (Open Heart. 2014;1:e000167), so guidelines should  shift focus from salt to sugar.

What is less clear is whether the fructose component of added sugar is driving type 2 diabetes, as Dr DiNicolantonio and colleagues now report.

About three-quarters of all packaged foods and beverages in the US contain added sugar, and it is estimated that Americans eat up to 22 to 47 teaspoons of sugar a day, including hidden sugar in processed foods, Dr DiNicolantonio said.

But there is often confusion about what added “sugar” really is and how it is metabolized in the body. Sugar (or sucrose), which comes from cane sugar or beets, is composed of  50% glucose and 50% fructose.

High-fructose corn syrup, which is derived from corn and is typically used in sugar-sweetened beverages, also contains glucose and fructose in similar amounts. However, in sucrose, but not in high-fructose corn syrup, the glucose and fructose are linked by chemical bonds, although these are rapidly broken down by stomach acid and gut enzymes once eaten.

As Dr Marion Nestle, a professor of nutrition, food studies, and public health at New York University, told Medscape Medical News: “Pity the poor public. It takes a degree in carbohydrate biochemistry to sort all this out.”