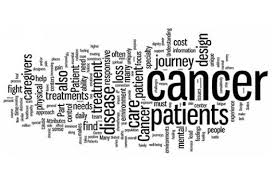 During my education and endeavours in medicine, I read Betty S quote once that Where there is life, there is cancer. Although the types of cancer and their incidence (the number of new types diagnosed each year) may vary by geography, sex, race, age, and ethnicity, cancer exists in every population and has since ancient times.

True in its all respects, Cancer is not one disease but a group of hundreds of diseases with similar characteristics. The shared characteristics are uncontrolled cell growth and a spread of these “altered cells”. Different types of cancers have different occurrence rates and different causes.

To be truthful to the core, Radiation, bacteria, viruses, genetics, diet, smoking (or exposure to tobacco smoke), alcohol, and other factors all contribute to the development of cancer termed “carcinogenesis”.

The DNA in our cells retains the code or sequence that controls the cell growth and function. Once the factors responsible for carcinogenesis take over they cause a “mutation” in the cell DNA sequence. This sequence can be in any one variable of the FOUR DNA BASES or components namely ATG and C. A mutation can be combination of these variables being deleted or may get inserted from another region of the DNA elsewhere into another controlling region or sequence. Once this mutation happens the cell growth cycle in altered. This growth function is to just grow and die, grow and die. Hence cancer cells get accumulated in parts of the body and take shape of what we call as tumours. These collection of cells and tumours do not perform any function but are just overgrowth and collection of cells.

Cancer cells replace the normal cells in “tissues” and make them non functional which is the only property of cancerous cells. When they are located around one spot or location the site of cancer is called primary site.

When cells move out of their original cluster and start to be collecting and forming another tumour elsewhere in the body, the new site where the tumour may be discovered is called secondary site and the cancer is given another staging and called as being in stage of metastases or is metastatic cancer. Not to forget when growth is non cancerous it is called as benign and when cancerous it is called malignant.

When the caners occur in the middle layer they are called as sarcomas.

Another type of cancers are those that occur in vessels, nodes, and organs,

including the spleen, tonsils, and thymus gland and are called as Lymphomas.

Quickly advancing we can also classify some others as Leukemia is cancer of the bone marrow. And Myelomas arise from the plasma cells (component of blood minus a few other components) in the bone marrow. An example is multiple myeloma. This is because the blood cells are made in the bones.

Some common signs of cancer are anorexia (lack of appetite), bruising, leukocytosis (slight increase of white blood cells), fatigue, cachexia (wasting), and thrombocytopenia (deficiency of clotting cells). All symptoms may not be cancer.

Some markers/tests that the doctors use to detect or suspect cancer and even after for the levels from time to time to look for spread if any. These could be:

BTA (bladder tumor antigen): present in the urine of patients with bladder cancer.

CA15-3: levels are measured to determine the stage of breast cancer.

CA19-9: levels are elevated in stomach, colorectal, and pancreatic cancers.

CEA: monitors colorectal cancer when the disease has spread or after treatment to measure the patient’s response.

Please make a note that these tests should not be considered as final and are not the only markers or tests. I strongly detect an argument to conduct any test without symptoms and term it and over diagnosis, any test for that matter for any condition for diseases are different than syndromes.

Imaging techniques have developed over the years and oncologists swap their sides between PET, CT, SPECT and MRI to detect and even take samples through the vision of these highly developed and powerful imaging techniques. Note that they can see more that what you feel.

On the therapies that are available to the people who are diagnosed with the disease, we have surgery, radiation, and chemotherapy as the common therapies to offer. A therapy called as systemic therapy is bone marrow transplants that are give to leukemia patients and immunotherapy that is offered to patinets if potential is felt, that the imuune sytem if made stronger can help kill the cancerous cells inside the body.

For the art of concentration is limited usually to about 45 minutes, I would like to end this post to cover each therapy in details soon with advancements in the field and leave you with a thought to help contain cancer through a happy and healthy living. Any questions can be posted to me at puneet3001@gmail.com.