Many a times the word uneventful may be seen in summaries that your clinician or treating physician may record in his report or history during a therapy course or at tome of discharge from a hospital stay. Actually means nothing to worry about currently.

In brief it commonly means there is nothing uncommon that needs to be reported, as something that does not need a specific mention for any other clinician or doctor in case of any emergency that may arise and the current report may be referred to. However superficial if we may understand this word as, may have other meanings such as description of a location that is to be stated to be existing at the surface and may be referred to as superficialis. Another simple explanation is that the clinician is happy to report that nothing is serious or that the recovery was good and no pain, tenderness, swelling, signs of infection were noted. Grossly unremarkable is another good technical medical word that is used. I could get may hands on a crisp on answers.com which describes the gross and unremarkable in common words as, ” It means that viewing the organ/biopsy/structure/whatever with bare eyes (and maybe hands too) didn’t reveal anything out of the ordinary. The term “gross” is used in medicine to mean the opposite of “microscopic” (eg, gross anatomy is the study of anatomy at the level of whole organs and muscles, etc., whereas microscopic anatomy uses special instruments to study the cells and tissues that make up organs). “Unremarkable” is usually roughly synonymous with “normal” (eg, a physician’s report might say that the head and neck exam was remarkable for swollen nodes, but the abdominal exam was unremarkable because nothing out of the ordinary was observed). “. 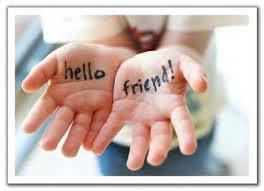