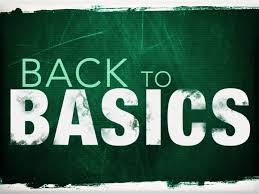 Today, on June 21, the Government of India is organising a grand event at India Gate, New Delhi, to celebrate the first ‘International Yoga Day’ (IYD) and the Prime Minister will perform some asanas there along with scores of yoga enthusiasts. Some Muslim organisations have raised objections to the teaching of Surya Namaskar and other forms of yoga in schools as they say it goes against the tenets of Islam to bow down before anyone other than Allah. The controversy has arisen because of a misunderstanding that connects yoga to religion, that is, Hinduism.

Original article by By AYAZ A SIDDIQUI. This is not the first time that someone has raised a question on whether yoga is Hindu. A few months back, Stephen and Jennifer Sedlock from San Diego appealed to the US court against their children’s school district yoga programme. They testified in court that they believe the yoga programme has religious undertones and is unconstitutional to introduce it in public schools. Earlier this year, a Catholic priest in Northern Ireland warned that those who enjoy yoga and Indian head massages are taking risks with their ‘spiritual health’ — opening themselves up to ‘Satan and the Fallen Angels.’ The National Fatwa Council of Malaysia in 2008 gave a fatwa that the physical part of yoga is not haram, but chanting of mantras goes against Islamic practices.

I am a practising Muslim and I find it hard to digest this kind of scorn. The major anti-yoga weapon in the hands of Muslim clerics is the Surya Namaskar or Sun Worship. According to most of them, this is a form of veneration of the Sun and since Muslims are supposed to bow down to only one God, Allah, the act will be anti-Islamic. But intention plays a crucial part in any religion and, especially so, in Islam. The Muslim’s prayer, namaz, referred to as Sala’at in the Arabic language, is an act of worship specific and unique to Islam both in its form and spirit. Sala’at is an act of submission to the Supreme Creator Allah and is expressed in a specific and well-defined physical act embodying the spirit.

A deeper look into the Sala’at will  point to many similarities to yoga. Both rejuvenate the mechanism of body and mind, helping to restore harmony among various components — physical, social, emotional, spiritual, mental and psychological. Both yoga and namaz are aids to destress and the practitioner can become disease-free.

In Sala’at, physical movements have been beautifully designed as spiritual exercise, with many health and medicinal benefits. Any act of worship in Islam requires the devotee to make an intention and perform physical cleansing and ready himself spiritually. The term wodu broadly translates to ablution which Muslims perform before the Sala’at by washing their hands, face and feet in a specific order. This in itself is an act of worship since it preconditions the person to perform a serious and sacred duty. This is an exclusive act performed at least five times by the Muslims and has scientifically been noted to relax the mind and reduce stress levels as the spirituality overtakes any worldly concern.

The forward bending position of namaz, called ruk’u, is good for the lower vertebral column. It helps to ease back pain as per yogic philosophy. Doing ruk’u properly helps to control backache and vertebral column-related diseases.

Namaz ruk’u is effective in developing flexibility of shoulder, elbow, wrist, knees and ankle regions. Ruk’u exerts abdominal pressure and thereby eases constipation and peristaltic movements. During ruk’u, the kidney experiences a sort of massage and this is helpful in dealing with kidney problems. During sajdah, one sits in Vajrasana, a very important yoga pose from the health point of view. Vajrasana strengthens the thigh and calf muscles. It is good for digestion and keeps your spine firm and erect.

Sajdah is very beneficial in the proper functioning of brain, lungs, body muscles, joints and entire vertebral column. Sajdah helps maintain smooth blood flow to the brain region, and also stimulates pituitary gland as well as the pineal gland. Sajdah reduces the chances of brain hemorrhage and headache due to smooth blood flow to the head region. While performing sajdah, the toes experience acupressure which is good for health, and gives relief from pain.

Salam is the excellent form of neck and upper vertebra exercise. Namaz’s salam is the Griva-sakti-vikasaka or strengthening the neck of Yogic Sukshma Vyayama, which is helpful in loosening the neck joints and also helps to relax the shoulder and upper back muscles. Salam relaxes nerves that pass through the neck, hence it is good in case of headaches and migraines.

Namaz is also one of the best forms of meditation or dhyana from the yogic point of view, where the person unilaterally surrenders to Allah. Meditation is defined as the uninterrupted flow of mind towards a particular object. Namaz is one of the best stress busters and tension-reliever modules. Namaz, sala’at, is the perfect example of meditation where the performer thinks only and only about Allah. Namaz helps to develop a positive milieu all around.

Yoga derived from the Sanskrit word ‘yuj,’ means ‘to yoke’, to join the supreme power ultimately through simple, healthy, sacred and spiritual lifestyles. The meaning and eventual purpose of yoga appear to be fundamentally very similar to the messages of other religions of the world including Islam and its prayer, despite differences in their fundamental concepts of origin. Therefore, a combination of the sala’at and yoga could make a unique pair.

Muslims have had the blessing of sala’at that has, since fourteen hundred years, become an integral part of their daily activities with physical, psychological, social and spiritual benefits. A careful and judicious combination of these two, that is, sala’at and yoga, therefore, could possibly double the advantages in enhancing health.

The writer is founder and chairman, International Research Foundation, Delhi