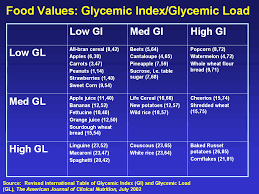 Early 1960 days saw a reduction in the type and amount of carbohydrates we consumed. These were limited in diets to essentially gain the right amounts of cholesterol and achieve better health, also for prevention of chronic conditions on the rise in the urban population.

Despite many changes in the diets over decades and several guidelines that open up only narrow and strict regimens, we see a significant increase in the numbers of people at risk and other who are confirmed to have lifestyle disorders owing to obesity such as Diabetes and cardiovascular ailments.

An up-to-date on this by the scientific community confirms, “High-carbohydrate diets reduce high-density lipoprotein (HDL) cholesterol and raise blood concentrations of glucose, insulin, and triglyceride and blood pressure, contributing to a now well-recognized metabolic profile called insulin resistance syndrome that is conducive for the development of coronary heart disease (CHD) and type 2 diabetes mellitus.”

Carbohydrates are traditionally being held in the class as simple (sugars, ie, mono- and disaccharides) or complex (starches, ie, polysaccharides) on the basis of the number of sugar molecules in their chemical structures.

Research makes it evident that Complex carbohydrates cause smaller rises in blood glucose than simple carbohydrates.

Guidelines for individuals who suffer from Diabetes recommend the use of complex rather than simple carbohydrates to control blood glucose levels, are evidence to this assumption as a true!

Carbohydrates and their potency to be considered for diet modifications are often guided by their classification based on their Glycaemic Index (GI).

What is a GI? The glycemic index (GI) is an in vivo (measurement inside the body) measure of the impact of carbohydrate-containing foods on the blood glucose.

GI for a particular food is determined by evaluating the rises of blood glucose in steps, after taking a type of food that contains 50 g of available carbohydrate compared with the same amount of carbohydrate from a reference food, usually white bread or glucose containing liquid.

GI of foods makes them fall into 3 major types:

Glycaemic Load and its relation to GI: found a great reference to food classification you must know and watch for both as, glycemic index (GI) concept is that it cannot capture the entire glucose-raising potential of dietary carbohydrates because the blood glucose response is influenced by the quantity of carbohydrate consumed as well as the quality (the latter reflected in the GI). To address this concern, the concept of glycemic load (GL) was introduced. Defined as the product of the GI value of a food and its carbohydrate content, GL incorporates both the quality and quantity of carbohydrate consumed.

Love Grains: Due to their high fiber and water content, whole grain foods contain fewer calories gram for gram than the isovolumic amount of the corresponding refined grain foods.

Would like to not change even a word regarding Cancer —Hyperinsulinemia and/or insulin resistance may influence carcinogenesis. In the mid-1990s, it was noted that dietary and lifestyle risk factors for developing insulin resistance, such as physical inactivity, obesity, and positive energy balance, were also risk factors for developing colorectal cancer.

There are several means to achieve a lower dietary GL: