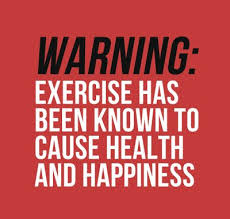 Protein is rarely used as an energy source, except during periods of starvation. Coordination between interaction and ventilation, cardiac output, and blood flow in circulation and respiratory mechanism of the body, metabolic (energy) demands of contracting muscles and skeletal muscle metabolism.

All of the above essential parameters required to breathe and feel alive, can rise quickly to 50 times its resting rate during heavy exercise. For all such vital reasons our metabolic, cardiovascular, respiratory responses must respond to the rapid demands of our body tissues.

Professional Trainers use the following for evaluating respiratory changes during any exercise or its types, such as,

However, you should just bother about integrated function of several systems (ie, skeletal muscles, energy supply, cardiac output, circulation, respiration) and that it is necessary for a normal response to physical exercise.

The main sources for energy to produce the energy to be used by skeletal muscle during exercise are glycogen, glucose, and free fatty acids with glycogen being the predominant source of energy. Protein is rarely used as an energy source, except during periods of starvation. The specific energy source used by working muscle for aerobic metabolism depends upon a number of factors including the intensity, type, and duration of exercise, and also physical conditioning and diet.

An essential role of the circulatory system during exercise is to deliver oxygen to the muscles. This task is accomplished by increases in extraction of oxygen by exercising muscle, heart rate and stroke volume, and decreases in systemic and pulmonary vascular resistance.

Fatigue during exercise has both central (nervous system) and peripheral (muscle) components, of which the latter is better understood.

The development of peripheral fatigue depends upon the intensity and duration of exercise and is influenced by:

Long-term adaptations to exercise training include effects upon the musculoskeletal, metabolic, cardiovascular, and respiratory systems. Training enhances virtually every step of exercise gas exchange from the lung to the skeletal muscle components.

Resistance training typically increases the size and protein content of muscle fibers, which leads to the ability to exert more force.

So wishing you healthy living through safe exercising!