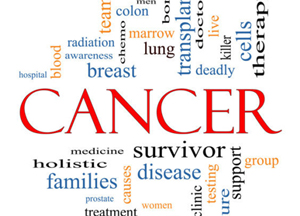 Prevention is unfortunately absent from this list. Cancer prevention remains a personal priority: the best way to avoid cancer deaths, toxicity and costs of treatment, is to prevent the disease from happening

Few doctors, even oncologists who subspecialize, can keep up with developments in the field.

A recent report finds that among patients with the most common form of early-stage breast cancer, chemotherapy prescriptions slid, overall, from around 34.5% to 21.3%, in a recent 2-year interval (2013-2015). That’s a huge drop, from over a third of women with stage 1 or 2 disease getting chemo, to just over a fifth taking chemo. This trend is impressive and credible in context of growing discussion and awareness of overtreatment and (although authors of this particular study found no link) wider use and acceptance, among oncologists, of recurrence predictors like OncotypeDx and MammaPrint.

The shift for breast cancer is clear. Whether this pattern will emerge and extend to other and less-tracked malignancies, I’m not sure. Probably it will happen variably, by tumor type, and more in the future.

Doctors increasingly prescribe targeted drugs for tumors with specific molecular aberrations. Examples (among many) include a growing array of hormone-blocking agents for breast and prostate cancers, inhibitors of changed or amplified proteins such as EGFR or ALK in lung cancer, and PARP drugs that have been approved so far in ovarian cancer and are likely to be approved soon for some forms of breast cancer. Many of these targeted agents are pills.

Meanwhile, immune-oncology drugs—mainly antibodies that interfere with the PD-1 and PDL-1 receptor and ligand families—are used against a variety of tumors. Other monoclonal antibodies, like Rituxan or Herceptin, have become well-established in standard care, as newer ones, like Darzalex (anti-CD38, for myeloma) and antibody-conjugates, like Perjeta or inotuzumab (recently approved, Besponsa), enter the anti-cancer armamentarium. Consider, also, the recent paper on replacing bleomycin, a lung-damaging old chemotherapy staple for treating Hodgkin’s lymphoma (the “B” in ABVD), with the anti-CD30 antibody conjugate brentuximab vedotin (Adcetris). The report reflects a trend, of increasing antibody use and less chemotherapy, that is revolutionizing treatment of lung cancer, melanoma, and other types of malignancy.

This problem is not going away. Rather, the issue of cancer’s financial toxicity, to individuals and to society, will grow as more drugs become available and might be prescribed. Some argue that anti-cancer medications should not necessarily be covered by private insurers, or by public insurers (Medicare or Medicaid), unless the cancer treatments demonstrate a certain level of benefit to patients. But how oncologists or patients or economists or insurance managers define “benefit” or “value” is a contentious issue, as is how that benefit needs be demonstrated.

This is a societal issue. The discussion reflects values and notions of personal responsibility for cancer care, and whether all people with malignant illness are deserving of equal opportunity to try the anti-cancer treatments they and their doctors think are most appropriate.

4. Focus on diagnostics, quality and payment for genetic cancer tests

This is a crucial matter for patients with malignancy who wish to try novel cancer drugs and need to know if their tumors harbor molecular features that match those new drugs. CMS is currently weighing if Medicare and Medicaid should pay for next-generation sequencing (NGS) of advanced cancer cases. So far, the FDA has approved only one such pan-genetic cancer test, FoundationOne CDx, which costs around $5800.

In general, the debate concerns the quality of diagnostic tests, and costs. You may have heard that liquid biopsies of a patient’s cancer yield disparate findings, depending on the company. Doctors and patients need reliable and reproducible results. And so accreditation of labs that perform molecular testing becomes increasingly necessary as these tests becomes more relevant to everyday prescription of oncology drugs and clinical decisions.

As things stand, payment for molecular testing of cancer has limited uptake of some very useful tests. I will write more on this topic separately.

This modern way of prescribing cancer drugs—based on molecular changes in malignant cells, and not necessarily in which body part the tumor occurs, like “breast” or “colon”—makes sense. In general, I see this as the future of oncology.

Last May, for the first time, the FDA approved use of an immune oncology drug, Keytruda, for all patients with cancer in which the malignant cells have certain features, what’s called microsatellite instability. The next month, doctors at the annual big U.S. cancer meeting reported on an experimental drug, larotrectinib, which in initial studies helped most patients with a wide range of cancer types, including previously hard-to-treat cases, in which the cancer cells harbor TRK gene fusions. That medication is under review by the FDA; more will follow.

Not all oncologists see merit, or feasibility, of this sort of approach to treating cancer. Based on preliminary studies, it appears that responsiveness to some drugs may depend on the cancer’s location. At last spring’s AACR meeting, for instance, Dr. David Hyman and colleagues reported on the SUMMIT basket trials of patients with HER2 and HER3 mutations. Evidently, neratinib demonstrated some (and limited) activity in patients with HER2 abnormalities with advanced breast, salivary, bile duct and a few other tumors, but not with colon cancer. This was a limited trial, involving a relatively small number of patients with varied HER2 and HER3 mutations. Yet it points to the need for caution, and for collecting data including post-marketing data—regarding tumor locations, and details of pertinent mutations—when anti-cancer drugs are prescribed based on their molecular features.

How cancer patients feel matters. This has always been so, but doctors (and policy-makers) didn’t pay so much attention to their subjective descriptions of pain, nausea, tiredness and other symptoms. As more anti-cancer drugs become available, patient-reported outcomes (PROs) will enable doctors to identify subtle differences among what some deem “me-too” drugs and, also, weigh on risks and benefits of treatments that may, or more not, do more good than harm.

Some insist that extending overall survival is the main purpose of anti-cancer treatment. But as patients and doctors increasingly weigh treatments that might improve quality-of-life, without necessarily extending survival, these PROs become more relevant. How exactly these outcomes will be measured, especially as more data will be collected post-marketing of drugs, off of clinical trials—in a non-blinded fashion, by patients who know what they’re on and may be vulnerable to something like placebo effect, or an anti-placebo effect—and the willingness of doctors and policy-makers to trust their patients’ reports, is a Pandora’s box from which I look forward to reading, hearing, and learning more.

Few doctors, even oncologists who subspecialize, can keep up with developments in the field. Whether it’s IBM’s Watson, about which I remain optimistic, or another brand of artificial intelligence delivering suggestions, data-driven algorithms will be needed to guide physicians’ recommendations. The emerging field of computational biology, which can take big data and apply it to individual patients’ cases, with recommendations based on real-time knowledge of cancer science and approved treatments, is the way forward.

Oncology needs be AI-driven, at least at the level of suggesting treatments to consider, because there is too much molecular information for most doctors or patients to grasp and—with some 15 million new cancer cases expected around the globe in 2018—too much potential, otherwise missed, to improve outcomes for those affected.

What’s missing? I haven’t mentioned CAR-T cells, which in some ways dominated this year’s cancer news. While it’s clear these biological therapies, involving gene-edited white blood cells taken from each patient and re-infused, can effect remissions and cures as most cancer drugs have not, I remain skeptical about the possibility of manufacturing these agents safely and efficiently on a large scale so that tens or thousands of patients might be helped, by contrast to simpler cancer drugs.

Prevention is unfortunately absent from my list. Cancer prevention remains a personal priority: the best way to avoid cancer deaths, toxicity and costs of treatment, is to prevent the disease from happening. However, apart from discouraging smoking and its cessation, which is old news and in some parts of the world not trending, and giving vaccines to prevent HPV and hepatitis B infection, which is generally happening more, and continually reminding affluent humans to eat and drink less, there is too little progress on this front.

With a diminished EPA under the current U.S. administration, and few doctors willing to invest careers in the slow-paced field of environmental oncology, to designate carcinogens by proving cause-and-effect, it’ll be a long time before we see meaningful advances in understanding the toxic causes many cancers, and how to avoid those (carcinogens). There’s too little incentive. Maybe, in next year’s list, for 2019, that will change.