Skip to content
0 comments on “NOW we know that after migrants come to the U.S., their health behavior and health status change the longer they live in the United States”

Immigration to the U.S. may result in increased smoking in Latino and Asian women, according to new research from sociologists at Rice University, Duke University and the University of Southern California.

The study, “Gender, Acculturation and Smoking Behavior Among U.S. Asian and Latino Immigrants,” examines smoking prevalence and frequency among Asian and Latino U.S. immigrants. The research focuses on how gender differences in smoking behavior are shaped by aspects of acculturation and the original decision to migrate. The study was published in the April issue of the journal Social Science & Medicine and is available online.

END_OF_DOCUMENT_TOKEN_TO_BE_REPLACED

YOU ARE
The Global Go-getter

You’re an avid traveller, crisscrossing the globe to forge new connections and seal new deals. Your overseas degree puts you many notches above others. You’ve conquered new territories while working with global organizations, reaching new milestones in your professional journey. 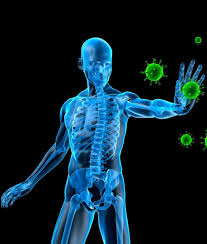 Our immune system is composed of organs, tissues, cells, and chemical messengers that interact to protect the body from external invaders and its own internally altered cells (this alteration could be in its DNA code called as genotype or the function of the cell called as phenotype. The best way to understand this system is through the body’s various levels of defense.

In brief there are 3 levels

END_OF_DOCUMENT_TOKEN_TO_BE_REPLACED

Like Loading...
0 comments on “This is an excellent move for companies in International trade and also ones that are dealing in cancer internationally t work with India and on Home ground!”

Dec 14 2014 : The Times of India (Delhi)
Ahead of Obama visit, US rules out embargo, lets India off IPR hook
The fear of US sanctions over India’s intellectual property rights regime has lifted, at least for the moment, with Washington giving it a clean chit after a special review.

In a statement issued late on Friday (American time), the US Trade Representative cited recent steps to remove the threat that had created considerable acrimony between the two governments.

“Over the last few months, there have been multiple engagements with government of India officials at the staff and senior levels on the broad range of issues of concern to the United States and to US stakeholders. India has made useful commitments in recent months, in cluding to institutionalize high-level engagement on IP issues, to pursue a specific work program and to deepen cooperation and information exchange with the US on IPrelated issues under the USIndia Trade Policy Forum,“ the USTR said.

The move comes weeks before US president Barack Obama lands in Delhi as the chief guest for the Republic Day parade, becoming the first American president to attend the event. It follows the first meeting of the US-In dia Trade Policy Forum in four years for which USTR Michael Froman flew to Delhi last month.

“It’s a positive development and it’s the right track to follow. India has a well-established legislative, administrative and judicial framework to safeguard IPR, which meet its TRIPS commitments while utilizing the flexibilities provided in the international regime to address developmental concerns,“ industrial policy and promotion secretary Amitabh Kant told TOI. For the last few years, the pharma industry has been lobbying hard with US authorities to declare India a rogue country for adopting a policy that has waived patent rights for a cancer drug on the grounds of affordability, besides disallowing patents for several medicines citing lack of innovation. The government has countered this by saying that its policies are in line with India’s international commitments.

Apart from the out-of-cycle review by the USTR, the US International Trade Commission (USITC) is also conducting an investigation on India’s policies, including those related to duties and investment.The government has, however, refused to participate in either exercise and termed them unilateral actions.

END_OF_DOCUMENT_TOKEN_TO_BE_REPLACED

Press Trust of India  |  New Delhi   December 12, 2014 Last Updated at 17:30 IST
About 11 lakh Cancer cases are occurring in India every year, the Lok Sabha was informed today.
Replying to a question, Minister of State for Health and Family Welfare Shripad Yesso Naik said, it is estimated that about 11 lakh Cancer cases are occurring every year (incidence) in India, as per the estimates of Indian Council of Medical Research (ICMR).

Responding to another question, he said that the Delhi Development Authority (DDA) has agreed in principle for allotment of additional land for expansion of trauma centre at AIIMS.

Approximately, 185 cases are received every day in Jai Prakash Narayan Apex Trauma Centre of AIIMS, which has bed strength of 186, he added.

Like Loading...
0 comments on “SC dismisses Bayer plea against generic drug—-Another indication that the Indian geographies are different and need a different approach, may be an Impact marketing!﻿”

MUMBAI: In a move which will bring cheer to patients and generic companies pursuing affordable treatments, the Supreme Court on Friday dismissed Bayer’s appeal on the compulsory licence (CL) issued on kidney and cancer drug, Nexavar. The Supreme Court set aside the special leave petition filed by the MNC in October against the Bombay high court’s decision upholding the CL on Nexavar, legal sources told TOI.

END_OF_DOCUMENT_TOKEN_TO_BE_REPLACED

Like Loading...
0 comments on “Senior Citizen alert Who are taking (ACE) inhibitor or an angiotensin receptor blocker (ARB) hypertension drugs!”
Puneet Chandna MD(h.c.), PhD, FIET, FNCCN, MAHA
Please note that all elder persons who are taking the above may have a problem with c-administration of this antibacterial drug called as Trimethoprim-sulfamethoxazole combination.
While trimethoprim-sulfamethoxazole (TMP-SMX) has generally been felt to be well tolerated, a case-control study found an association between sudden death, possibly due to hyperkalemia, and prescription of TMP-SMX among older patients who were also receiving an angiotensin converting enzyme (ACE) inhibitor or an angiotensin receptor blocker (ARB).

Hypertension has been well studied and reported in the setting of other cancer therapies. The importance of adequately diagnosing and managing hypertension in patient population arises from the facts that hypertension is well established as a risk factor for chemotherapy-induced cardiotoxicity and that poorly controlled hypertension can significantly influence cancer management and even lead to the discontinuation of certain therapies. Thanks

Soy and products made from it, like soy milk and tofu, could have an effect on genes involved in breast cancer growth.

Theories abound as to which foods help or hurt in preventing cancer or easing its effects on the body. Researchers at Memorial Sloan Kettering have recently uncovered evidence that addresses one often-discussed food in many diets: soy.

Oncology-related clinical trials fail more often than trials focused on other diseases, often during phase III, when much time and money has already been devoted to the research. The “heterogeneity of cancer across and within a disease” is likely one of the reasons these trials fail, says a report from the National Comprehensive Cancer Network (NCCN) Working Group on Clinical Trial Design in the Era of Multiple Biomarkers and Targeted Therapies, which offers recommendations for improving the clinical trial process.