Like Loading...
0 comments on “Should I be worried if a doctor asks for a bone marrow biopsy?”

The indications, contraindications, technique, and complications of bone marrow aspiration and biopsy are to be carefully known by both the patents and the clinicians.

END_OF_DOCUMENT_TOKEN_TO_BE_REPLACED

Like Loading...
0 comments on “How Deadly is a Brain Tumor? Now the DNA Can Tell – Glioma (Brain cancer)”

How Deadly is a Brain Tumor? Now the DNA Can Tell – NBC News. 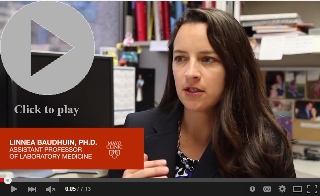 The PGS test and the FDA’s subsequent order of 23andMe to cease marketing the test to consumers has stirred controversy, and brought focus to an issue labs may have to face sooner rather than later: What role should labs play in whole-genome sequencing performed for health screening?

END_OF_DOCUMENT_TOKEN_TO_BE_REPLACED

YOU ARE
The Global Go-getter

You’re an avid traveller, crisscrossing the globe to forge new connections and seal new deals. Your overseas degree puts you many notches above others. You’ve conquered new territories while working with global organizations, reaching new milestones in your professional journey.

A team of Harvard Medical School investigators at Massachusetts General Hospital has identified what may be a biomarker predicting the development of sepsis, a dangerous systemic infection in patients with serious burns.

END_OF_DOCUMENT_TOKEN_TO_BE_REPLACED

Tongue-in-cheek study investigates “male idiot theory”, finds they take ridiculous risksAfter a night of apres-ski drinking on Feb 2, 2008, a 46-year-old British man named David and three friends decided they wanted to go sledding. Not having a sled on hand, the inventive group decided to make their own.They grabbed a foam pad that some kids had pulled off of one of the crash barriers at the bottom of the slope and made their way to the top.

END_OF_DOCUMENT_TOKEN_TO_BE_REPLACED

Like Loading...
0 comments on “This is an excellent move for companies in International trade and also ones that are dealing in cancer internationally t work with India and on Home ground!”

Dec 14 2014 : The Times of India (Delhi)
Ahead of Obama visit, US rules out embargo, lets India off IPR hook
The fear of US sanctions over India’s intellectual property rights regime has lifted, at least for the moment, with Washington giving it a clean chit after a special review.

In a statement issued late on Friday (American time), the US Trade Representative cited recent steps to remove the threat that had created considerable acrimony between the two governments.

“Over the last few months, there have been multiple engagements with government of India officials at the staff and senior levels on the broad range of issues of concern to the United States and to US stakeholders. India has made useful commitments in recent months, in cluding to institutionalize high-level engagement on IP issues, to pursue a specific work program and to deepen cooperation and information exchange with the US on IPrelated issues under the USIndia Trade Policy Forum,“ the USTR said.

The move comes weeks before US president Barack Obama lands in Delhi as the chief guest for the Republic Day parade, becoming the first American president to attend the event. It follows the first meeting of the US-In dia Trade Policy Forum in four years for which USTR Michael Froman flew to Delhi last month.

“It’s a positive development and it’s the right track to follow. India has a well-established legislative, administrative and judicial framework to safeguard IPR, which meet its TRIPS commitments while utilizing the flexibilities provided in the international regime to address developmental concerns,“ industrial policy and promotion secretary Amitabh Kant told TOI. For the last few years, the pharma industry has been lobbying hard with US authorities to declare India a rogue country for adopting a policy that has waived patent rights for a cancer drug on the grounds of affordability, besides disallowing patents for several medicines citing lack of innovation. The government has countered this by saying that its policies are in line with India’s international commitments.

Apart from the out-of-cycle review by the USTR, the US International Trade Commission (USITC) is also conducting an investigation on India’s policies, including those related to duties and investment.The government has, however, refused to participate in either exercise and termed them unilateral actions.

END_OF_DOCUMENT_TOKEN_TO_BE_REPLACED

Like Loading...
0 comments on “25 more drugs come under price control- Are we missing out out on an integrated approach?”

NEW DELHI: There’s good news for patients. Drug pricing regulator NPPA announced cap on prices of over 25 drugs, including painkillers and antibiotics, which will lead to reduction in their costs over the next few weeks.

The price regulator in a notification issued on December 10, fixed prices of formulations which join a list of 348 essential medicines that were placed under price control. The new drugs on which caps were issued include commonly-used antibiotics and painkillers, as well as medicines used for treating cancer and skin disorders.

The NPPA notification mentions a total of 52 drugs, including those with specific dosage strengths which were till now not under the purview. The latest addition brings the total market size of medicines under price control to nearly Rs 125 crore, according to market research firm AIOCD AWACS. The wide-ranging price cuts will impact both domestic and foreign companies.

The NPPA notification, an industry expert explained, also includes price changes which will be extended on dosage strengths of molecules which were till now not under price control. It said it has fixed/revised the prices in respect of 52 formulation packs — both ceiling and retail price packs under DPCO, 2013. Price caps on some of these drugs only apply to specific companies, it added

Earlier efforts by the NPPA to bring down prices of essential drugs for diseases like cancer, have been strongly opposed. In July, the NPPA in a rare invocation of the lesser-used provision had fixed prices of 50 antidiabetic and cardiovascular medicines. This was the first time that the government had brought drugs, outside the national list of essential medicines, under price control.

The move had triggered of a series of protests and lawsuits from the industry against the drug pricing regulator, as they feared more such action.

Finally, in September this year the government had withdrawn certain powers of the drug pricing regulator that allowed it to cap prices of widely-prescribed anti-diabetes, cancer, HIV, tuberculosis and cardiac medicines.

Press Trust of India  |  New Delhi   December 12, 2014 Last Updated at 17:30 IST
About 11 lakh Cancer cases are occurring in India every year, the Lok Sabha was informed today.
Replying to a question, Minister of State for Health and Family Welfare Shripad Yesso Naik said, it is estimated that about 11 lakh Cancer cases are occurring every year (incidence) in India, as per the estimates of Indian Council of Medical Research (ICMR).

Responding to another question, he said that the Delhi Development Authority (DDA) has agreed in principle for allotment of additional land for expansion of trauma centre at AIIMS.

Approximately, 185 cases are received every day in Jai Prakash Narayan Apex Trauma Centre of AIIMS, which has bed strength of 186, he added.